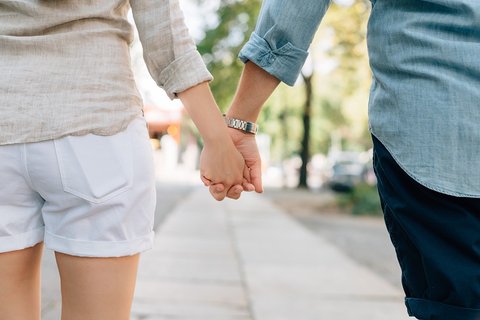 However, if you find out that the men you are engaged to ignored you on a Friday night to stay home and play video games, you could try to file a complaint and see what happens.  For example, in this case you could say “You know, I really do not want to be in a  partnership with someone who values video games on Friday night over having a date night.  I really would like to have an agreement that you will take me out on Friday nights, and you will save your video games for week nights.  What do you think?”

I personally tried out the concept of filing pertinent relationship complaints during my dating life and during premarital counseling.  Like most women, inevitably, no matter who I dated there was no shortage of ways that men could disappoint me!  I remember very well on a third or fourth date with the man who became my husband, he was cursing.  (Not at me of course, or that would have been a deal breaker!)  Brendan sells buildings to general contractors in the construction industry and the men talk like sailors.  So, I very clearly remember stating something to the effect that “I am a lady, and I really don’t like you cursing around me like I am one of the guys you work with.”  I clarified the resolution I was seeking was not that he would never curse, but that I reasonably felt that most of the time in conversations with me or in future family situations with children around he would not curse.  I do not hold myself to the standard of not cursing when I stub my toe or get stuck in traffic, so I was clearly not asking for a no cursing policy.  I just wanted to not be in the construction zone!

I was pleasantly surprised that Brendan had a Relationship Repair Department!  I actually do not remember exactly what he said, but I do remember that his behavior changed when we spent time together, and I noticed he was not cursing except infrequently.  I recall that he acknowledged that he had gotten into a bad habit, and that he understood why I wanted him to make that change.

Now, this may seem like a small change for someone to make.  No big deal.  But contrast that with my other reasonable requests from some of the previous men that I had dated – and the response was a refreshing change.   This was someone I could work with!  I felt he valued me enough to make the change whereas, for example, I had asked another man I dated to slow down his driving and he instead went faster and laughed!  His Relationship Repair Counter was not open for numerous complaints, so I ended the dating relationship.

How someone you are dating or engaged to responds to your complaints is something for you to pay attention to!  Even if you are dating someone with no consideration of marriage, it is simply less frustrating and healthier to date people who will value you enough to respond to reasonable complaints that you make!  Someone who will not give you a resolution to any of your complaints is typically a highly defensive person with more controlling characteristics.  In this case, I would recommend you run away as fast as you can!  If you are engaged, end the engagement and move on. Trust me when I tell you that you need a partner who has a Relationship Repair Counter if you want to be secure and happy in a partnership.  Life and Marriage are simply too complicated without Relationship Repair.  For more information about Relationship Repair during dating and engagement, please get my Relationship Repair Book and schedule an appointment for Premarital Counseling.

Make Your Marriage the Most Fulfilled With Certified Couples Therapy