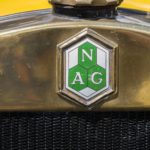 I generally have not liked the word “nag!”  Why?  You might ask?

Well, the phrase “stop nagging me” is not in my vocabulary, yet it’s something that I often hear as a marriage and family therapist.

In some versions of the dictionary, “nag” is literally used to describe female complaining.  The word came from back in the day when women were the property of men, and men could literally dismiss them as a “nag.”  After all, the proper role of a submissive woman was to keep her mouth shut and accept things as they were.

Today, nag is most often used in therapy sessions by both men and women as a way to dismiss and defend oneself against relationship complaints.  It is used by both men and women, and in my opinion is nearly always a control tactic.  “Stop nagging me” is pretty much the opposite of “You’re important to me, so if you have a complaint I want to understand you and help you resolve it.”  “Nag” is the opposite of “I want to be close to you and reconcile with you because I want to love you… not hold power over you.”

Hence, my reason for hating the whole concept of “nagging” – since my whole brand is built around the concept of opening a “Relationship Repair Counter” for people in your life.

If you flip the idea of nagging on it’s head and make it a positive quality, then being a “NAG” so to speak is many times what creates family and relationship systemic change.  Sometimes, the people who are persistent with bringing up reasonable and important relationship complaints are the ones who end up with the best marriages.

Take my Dad, for example, he always said that if he married a woman who didn’t complain and push him to be a better man; that he would have ended up like his two brothers who are divorced and without good relationships with their children.  I know for a fact that my mother was persistent in her complaints.

As for myself, my husband has “nagged” me if you will about certain things; and I know for a fact that I have done the same for him.  Our “nagging” and persistence has turned both of us into better people with a better marriage because we push each other to be more loving, more patient, and more successful with our children, customers, and getting work done better and more efficiently.

I am of the opinion that it is usually the person who turns the behavior of complaining into the negative connotation of “nagging” who has the problem.  After all, they are being a jerk who is dismissive of their partner’s concerns and feelings.

Sure, there are times when someone is giving advice or complaining about something that is none of their concern.  In that case, “nagging” might be an acceptable term.  And, if someone was always highly critical of their partner about anything and everything, I can understand someone saying “You’re nagging and too critical.”

However, in general, I would say if you are being called a “Nag” it might just be a good thing!  You might be able to consider yourself a trail blazer who is creating systemic change and pushing for positive change within your relationships.   So go ahead, keep nagging!

So long as you are stating your relationship complaint in a thoughtful way and asking for the resolution that you want, go right ahead and be persistent.  You are valuable and worthy of having your complaints heard and resolved at the Relationship Repair Counter!

Help During The Holidays – You Are NOT Alone. Our Holiday Hours…

What Child is This?